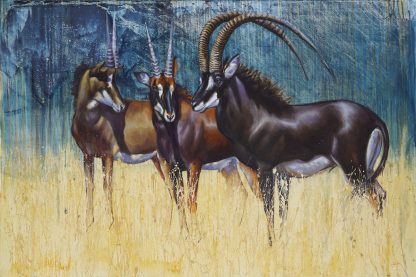 This large oil painting depicts the incredibly rare fabled Giant Sable antelope of Angola. A small population exists deep in Angola, and this magnificent sub species of Sable was only discovered in the mid 19th century. Their vast horns curve in two metre arcs over their backs, and the bulls can stand nearly 6 feet at the shoulder. With thanks to Andrew Yates for the reference photos. 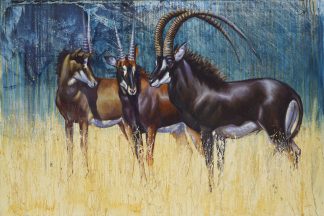